The gourmet Japanese restaurant in Paris by Akira Back

For his debut in Europe, chef Akira Back presents his eponymous restaurant in the heart of the Parisian Golden Triangle. A world-renowned cuisine, which promotes the melting pot of cultures, predominantly Japanese, tinged with Korean notes.
It is in the heart of the iconic Prince de Galles Hotel that the Michelin-starred Chef has chosen to establish his very first European address. A poetic Paris-Tokyo alliance that is reminiscent of the Japanism movement of the 1920s, which inspired Europe, Paris, and therefore the Prince of Wales, whose construction dates from the same period. A time when Japanese art and design then diffused a new aesthetic and a new poetry, rebounding today in the guise of a cosmopolitan cuisine. 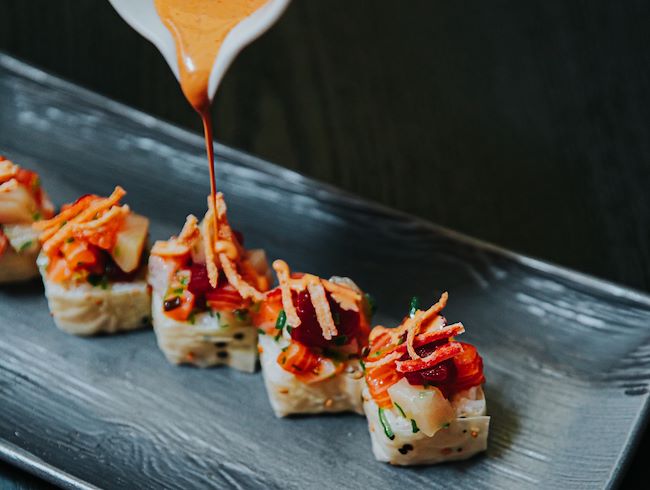 Crispy tuna pizza meticulously adorned with wafer-thin slices of raw tuna and a delicate shower of white truffle, Wagyu ‘bulgogi' tacos taking influence from the best Korean food of his childhood, lightly seared Salmon Tataki with the pleasing smack of mustard su-miso sauce and pickled wasabi. Round off an extraordinary experience with desserts like a rich Gianduja Cake with chocolate crumble, banana foam and vanilla gelato.

Fans of the acclaimed chef are already calling this the ‘best Japanese restaurant in Paris'. 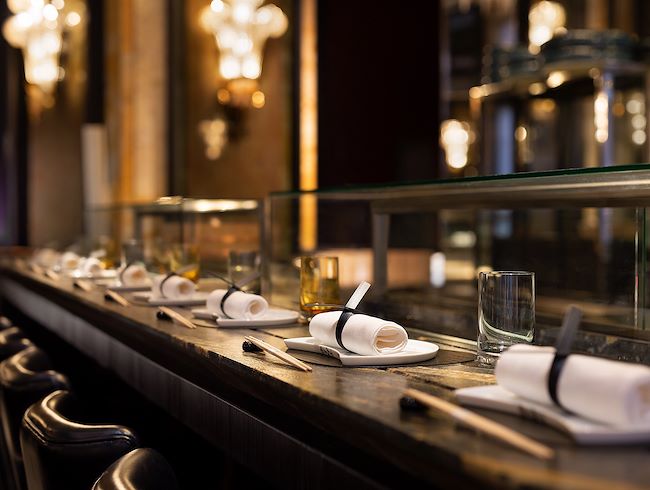 Conceived by London’s renowned design agency Blacksheep, the restaurant’s décor celebrates the new and the old in perfect harmony. Inspired by the “Japonisme” trend which saw 1920s Japanese art adopted by Europeans, this place is the perfect addition to the impressive Art Déco Architecture of this landmark property.

From the custom made furniture and timber-panelled sushi counter to the richly detailed central dining table, original mosaics and majestic Baccarat crystal chandelier , the interior is a bold statement of contemporary luxury without being stuffy- Chef Akira has even incorporated personal touches throughout with abstract paintings and colourful plates specifically designed by his mother for this unique Japanese restaurant.

Experience the expert craft of a master chef at our sushi counter as the DJ spins and an energetic atmosphere marks the beginning of an unmatched culinary journey.